When I said tab-targeting + action combat that is what I mean. Blade and Soul is NOT tab targeting or action combat, its a mix and that’s why its great. Also because the arena is balanced health pools are balanced so fight time itself is pretty satisfying. This isn’t some game that pvp lasts 5-20 seconds max or that it lasts 5-10 minutes. Its just a quick, but not too quick 1-2 minutes in arena and maybe a little longer in open world when people try to run.

And what I was trying to say about action combat games (DN, Tera, etc) is that the biggest problem is that they try to be realistic but forget important details.
1. There is an excuse for games to not realistic because thats what they are, games. At the current level of technology no Cheap Blade And Soul Gold is going to be close to reality, so why should they try to be? The whole reason people play games is because they’re unrealistic isn’t it? Why are MMOs like WoW so popular? Because they’re unrealistic with magic, dragons, flying turtles, etc.

2. That’s where action combat MMOs go wrong, they try to be too realistic instead of being unrealistic. And I’m sure theres a lot of people who like like, because theres always someone who likes something but the majority of people don’t like that. Heres a few examples:
– Can’t cast while moving: Are you telling me a master wizard, or an archer who can fire 100 arrows per second can’t move while they cast? Most action combat games have instant skills, but you’re still rooted while you cast them, even the non-ranged classes. 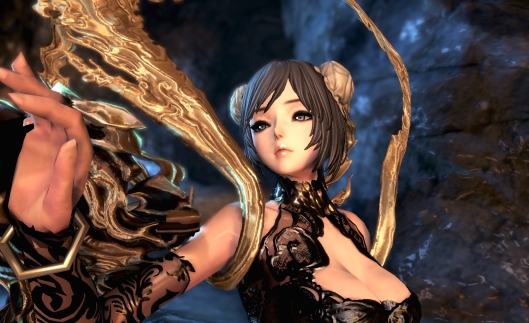 – Realistic knockdowns/daze/stuns when getting hit instead of standing still. I can see what you’re saying because it is different in action combat, but other games have the same features. Especially Blade and Soul which is full of disabling the enemy.

****Response to issues****:
– First, yes you still have to aim while you attack when you play a Force Master, otherwise this would just be tab-targeting. You don’t have to aim as well as you do in Dragon’s Nest because the attack locks onto them after you cast it, but that’s the whole reason why its fun.

Put simply, action combat games focus on all those little things and the end result is slow, unbalanced combat of waiting for someones attacks to land or waiting for a combo to end so you can try to land an attack.

Blade and Soul has your attacks lock on so the end result is fast paced action combat where people go back and forth of disabling -> escaping -> combos and it looks great BNS Gold. Now if you’ve been judging the combat based on how you play or what you see then sure it might seem slow because on here most people are just starting out.

Just watch some Blade and Soul pvp on youtube if you can’t get the hang of it and then if that doesn’t look fun this just isn’t the game for you. You might just like the more difficult combat maybe because it feels better when you overcome a hurdle.